Trevor (Spencer Brown) spends his days in a shed on his allotment, painting miniature figurines for a fantasy role playing game, ignoring the reality of his unemployment by imagining himself a hero. 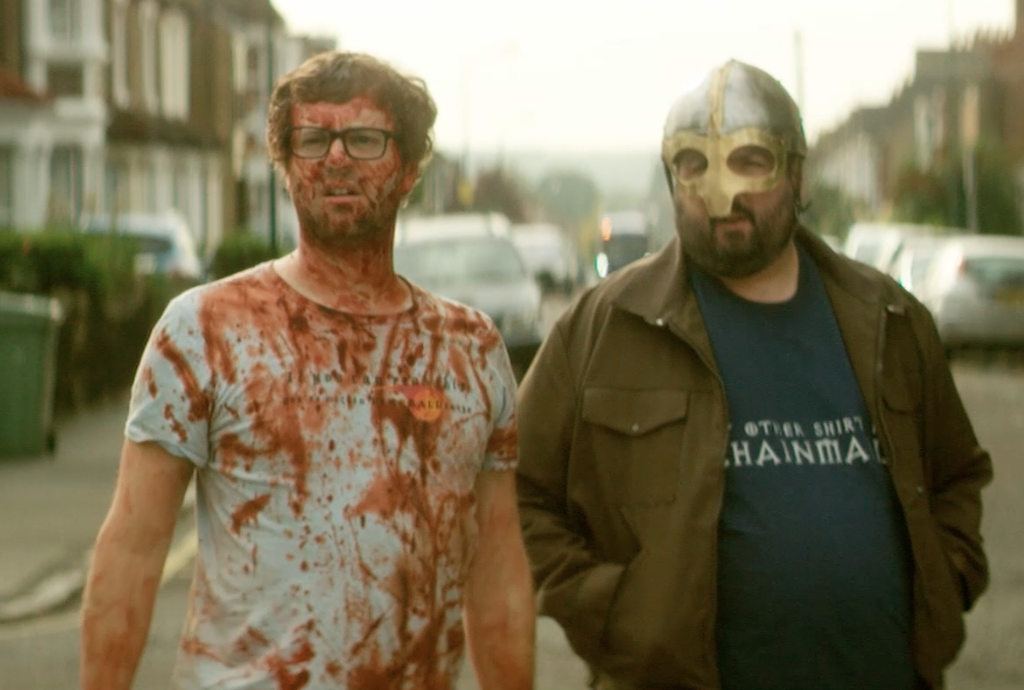 Using this overgrown patch of land as a hideout from his nagging wife, distilling vodka from potatoes pilfered from his neighbours, Trevor isn’t popular. He is smug and condescending without a modicum of self awareness, refusing to get his allotment in order because gardening isn’t for him.

Cowardly and yet aggressively combative, his only friend Graham (Ewen MacIntosh) is an agoraphobe who shares his misplaced arrogance. But together they might be the only hope for humanity on the brink of a zombie apocalypse. It doesn’t get bogged down in explaining how or why, but the assumption is that we’ve all seen enough zombie films to get the gist; and we have.

The film has the most fun when it’s playing with special effects and make-up, but it does itself a disservice by creating a central character so loathsome that you end up routing for the undead. Although it is farcical, when Jeff accidentally kills a neighbouring gardener (Kane Hodder) in the opening of the film, and decides to chop him up to avoid suspicion, nothing supernatural has occurred. He is simply an unsympathetic and painfully unfunny sociopath.

The bulk of the cast, including small parts for horror legends Michael Berryman and Bill Moseley, have seen there fair share of low budget horrors and zombie flicks – a sub-genre that has become so saturated that it is mentioned in the film itself, but that doesn’t mean it won’t keep coming back.