As a study of masculinity, I find the film fascinating. It takes the quintessential icon of Murca’ in the cowboy and flips it, face down into the pillow. The strong and silent hero of literature and cinema becomes a figure of repressed desire and pained sensitivity.

Heath Ledger’s Ennis Del Ray is so constrained, suppressing emotion, that words can barely escape his tightly drawn face. Eastwood’s testosterone brimming squint is subverted by Ennis, as it seems to be holding back so much more. The model of the alpha male in the film (his name is almost phallic for fucks sake) he fights out of protection of his family, out of unobtainable love, but also defensively out of anger.

A brief digression on Christ

The chaps talk religion briefly, in passing. Perhaps as a way to introduce that they’re not strictly religious, and don’t base their morality on the hetero-encouraging printed word of the lord, or maybe because there wasn’t much else to talk about.

But these lads, beautiful lambs of god as they are, take on the spiritually significant role of shepherds. That is until that fateful night with the fighting, and the whisky, and the making up. Ennis returns to his camp where he was supposed to be staying to scare off the wolf, the perfect symbolic embodiment of the shadow self, of latent and unexpressed homosexual desire. He returns to find a sheep has been killed, ripped open and eaten. The sacrificial lamb of his sin. Either way it doesn’t stop him going back for more, but this could embody the guilt and shame that he feels.

When the boys get back from Brokeback, and have families of their own, they meet back up under the guise of fishing trips. Cleverly repurposing the Christian symbol of the fish, that would serve as coded message for followers to have secret gatherings under Roman rule.

Jack Twist appears to take a beta role in the relationship, coming across boyish – especially in comparison to the uber-staunch manliness of Pennis – or even effeminate in his adoption of certain engendered traits.

Jack is the more goofy of the two but also just more expressive. The love affair all begins when Jack complains of the sleeping situation out in the field with the sheep, preferring instead the camp, where he is able to cook for the both of them, mostly beans which they both tire of quickly.

Ennis is bringing back the food on his horse, when a bear suddenly attacks – another symbolic animal, representing overpowering primal urges maybe – once again costing the two cowboys. Sick of beans, Jack tries his hand at hunting for the both of them but fails. It is Ennis who eventually steps in and kills a bull elk to provide for the both of them.

Jack’s beta position is paralleled in his relationship with his wife. From a successful family, it is her father who takes the alpha role – seen initially at the birth of their child, when he sends Jack away like service staff, but coming to a head at Thanksgiving. This showdown of masculinity occurs when Grandpa’ takes the role of cutting the turkey. Jack accepts this. When he turns off the Football game on television, Grandpa’ gets up and turns it back on – saying some shit about how it’s good for boys. This ruffles Jack’s feathers, and his newly acquired moustache, as he finally stands and defends himself, threatening him to the point that he sits and is served. Jack carves the turkey, winning this battle and earning a sly little grin from his wife.

Meanwhile Penis is having Thanksgiving with his ex-wife and her new husband. Failing to be knocked off of his alph-spot, this is cleverly avoided by having the rounder, less threatening, man-of-the-house use an electric carving knife. Hardly threatening and a beautifully symbolic prop.

Of course the most potent symbol that closes out the film is the bloodied shirts of Jack and Ennis. Dealing with notions of suppressing and hiding feelings that appear to run counter to constructed ideas of masculinity and morality – Ennis visits Jacks family home and finds in his wardrobe, a secret department, nesting the shirts from the first night of passion at Brokeback. Significantly carrying Ennis inside himself. When Ennis takes this memento to his mobile home, he reverses the order, placing Jack within himself.

He keeps the shirts in the closet but gives them time to breathe like, opening the door, to this side of his personality, and through this act of remembrance and acceptance, is softened very slightly, not having to keep up the facade of hyper-masculinity that has him being a shitty dad. 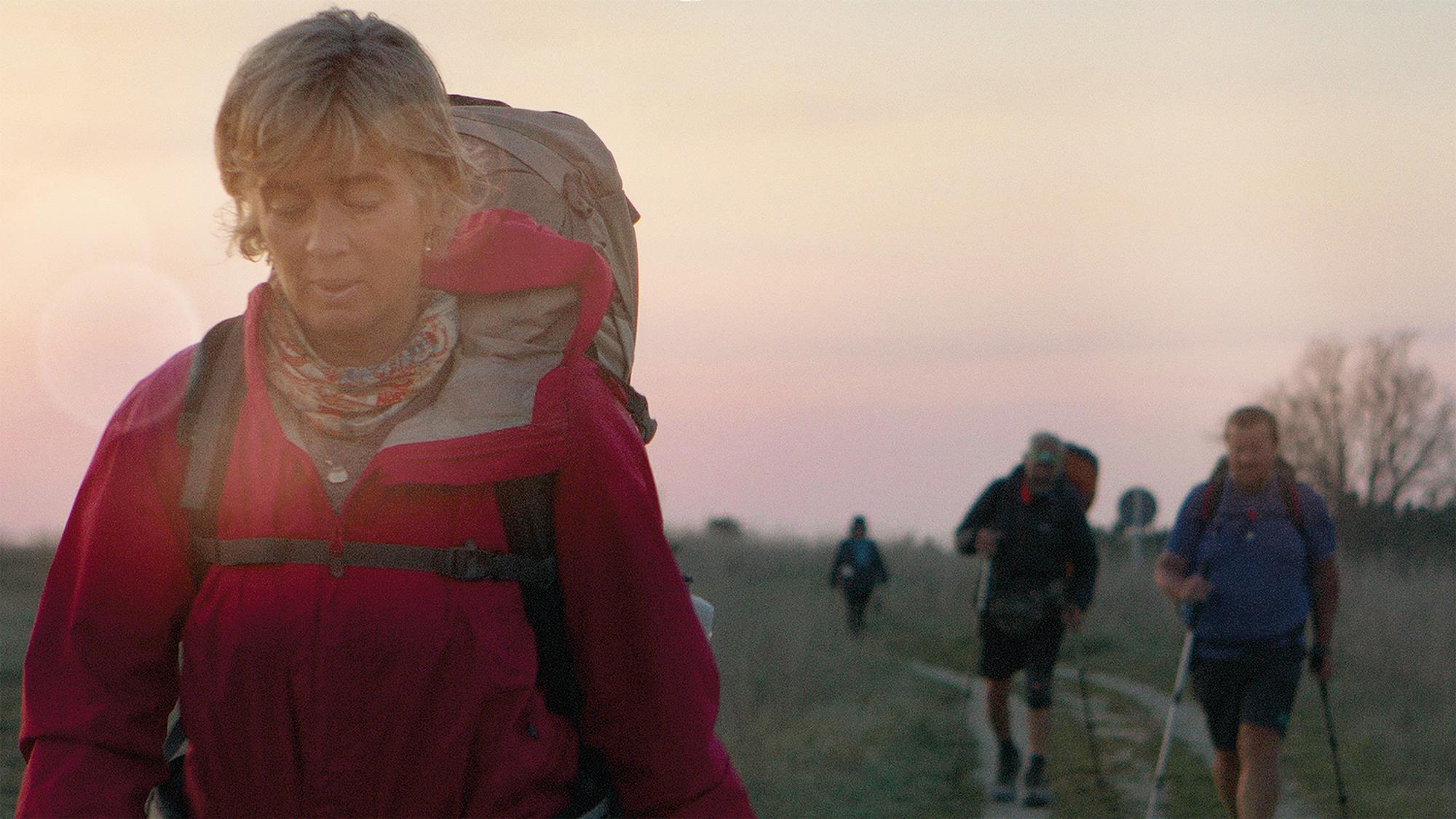 A group of six New Zealanders and Australians come together to make the famous pilgrimage of the Camino de Santiago, united not only through the physical journey but the hardships that have led them here.

This documentary follows these individuals, delving into their often heartbreaking motivation, joining them as they come to know each other and find some form of reward in the trials ahead. For some this seems to be a personal challenge, for others an escape or quest for meaning.

For over a thousand years many people have made this journey across northwestern Spain to the shrine of Saint James in search of spiritual growth. The filmmakers here are gifted beautiful backdrops for conversations with these largely senior travellers, who talk very frankly about the tragedies they have suffered and continue to shoulder. Whilst it could feel exploitative, the subjects often seem to be taking great motivation or catharsis from their heartfelt interviews. Inserted throughout, we are given more insight and more reason to be impressed by their perseverance.

A large part of the group appear to be mourning the death of a loved one, in some cases their own children. Perhaps this journey to the other side of the world will afford them some sense of closure before they head back home. Sue Morris is an 80 year old who has recently separated from her husband and is determined to walk the 800km distance, despite having severe arthritis and suffering incredible pain.

In the same manner in which these strangers come to form bonds simply by treading the same path and sharing their stories, walking alongside them you can’t help but take inspiration.