A young nebbish introvert struggles socially until a neighbour introduces him to lucid dreaming, allowing him the possibility of realising his fantasies.

Zel (Laurie Calvert) is a car-park attendant for a burlesque-style club with an apparent reputation and a clientele of wealthy hedonists, judging by the drivers who come by his window. Constantly reminded of his status, and mocked by his thuggish boss Theo (Cristian Solimeno), Zel’s desire to ask out one of the clubs dancers and to stand up to Theo is just a dream. This is until a washed-up psychologist (Billy Zane) teaches him that he could take control of his dreams and use them to build real-world confidence.

Lucid dreaming is a real phenomenon that is used for such purposes (the ‘lucid nightmare’ being the subject of Vanilla Sky and Nightmare on Elm Street) which makes the concept a solid basis for a film. Shot on a modest budget, Lucid works within its means and manages to turn it into a strength. Astonishingly, it is worth noting that first time writer and director Adam Morse has achieved this despite being registered blind for the past decade.

Having a cripplingly timid main character, that is not always sympathetic, is challenging but Calvert plays it realistically. The main hurdle in believability is the relationship between Zel and frizzy cravat wearer Elliot, but Zane’s calm confidence fills this void or distracts at the very least, able to provide some comedy alongside the catalyst for change.

As perfectly deconstructed in Nolan’s logic-twisting action-epic Inception, dream logic dovetails naturally with cinema: scenes can jump to different locations, or begin in the middle, and it will seem completely ordinary. In Lucid everything is neatly laid out, with set-ups and pay-offs, and without getting complex, which is a huge achievement considering the subject.

There’s a strange elegance in it’s simplicity – when it feels as though its about to nosedive into fantasy, it pulls back and lands something much more relatable. 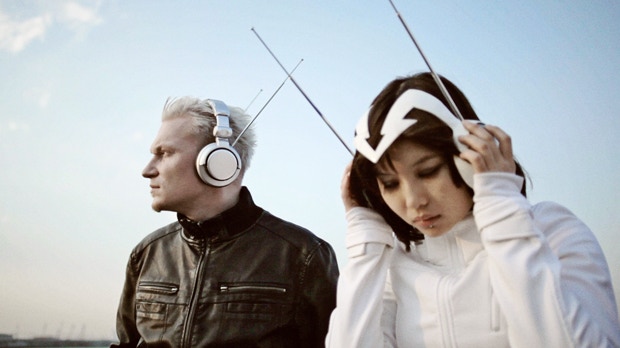 The late Hugh Hefner, whose well-timed death had him narrowly avoiding the Me Too movement, is the subject of a new documentary, or rather his late night talk show-come-entertainment showcase of the late 50s through to 1970.

If one were not hip to the groove of this television show, or indeed Hef’s history of activism, they might think from the title that this is a scandalous tell-all. In actual fact, Hefner wasn’t always the bathrobed pensioner of his later years, he was among many things a smooth-talking host of dinner parties; a curator of comedy and musical talent spanning from folk to gospel.

Playboy’s Penthouse, the initial incarnation of the show, aired in 1959-60 before midnight. A formal affair, shot in black and white, Hefner greeted the audience as a party guest and welcomed them to observe intimate performances from legends such as Nina Simone and Nat ‘King’ Cole. It feels a little stiff and yet it plays as far less contrived than contemporary talk shows, with Hefner’s suave yet emotionless style sometimes offset by the wise-cracking of comedians such as Bob Newhart or Lenny Bruce.

As this documentary, which features Hefner himself as a talking head, makes clear – the mix of talent from different races was unprecedented. After the Second World War there was still a cultural separation, in places such as Georgia an enforced segregation. This show was an antidote to these beliefs, showing progressive ideals through its celebration of diverse music and giving a platform to much deserving artists.

The musical acts, which were political as a matter of cultural context, would remain political in the second version of the show Playboy After Dark, airing from 1969-1970. Once again bridging two decades, the show’s conversational segments would be transgressive, talking about social change, injustice and racism. Not shying away from controversial subjects but steering head-on into them, offering opinions on the ongoing Vietnam War for example.

Feeling a little like a ‘best of’ stitched together with interviews of featured musicians, the uniting theme of the subtitle is the championing of free speech, which remains as important now. Loosely made relevant with stock footage here and there, the archive footage speaks for itself. The film is worth watching just to witness icons sharing the same space, the same stage, and having their voices heard.