After the death of his father, Ryota (Hiroshi Abe) moves back home with his elderly mother to get things in order, finding that he doesn’t have much anymore. He doesn’t have enough money to pay child welfare for the son he rarely sees, to the ex-wife that he still loves but who has moved on without him. 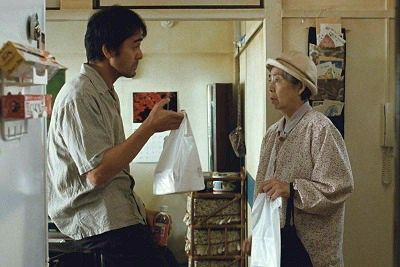 The storm of the title could be the typhoon that is due to hit Tokyo anytime now – but it could also refer to the reckoning of Ryota at this moment in time. A once promising writer who has settled as a private investigator with a gambling problem, he isn’t the man he wanted to be. A deeply flawed character who has charm but is sad and saddening. His vulnerability is so great that at one point he asks a colleague to stop being so nice to him for fear that he might start crying.

In this family drama there is an authenticity to the everyday tragedy, to the realisation that things don’t always work out. That being said, the film does have a sense of humour, embodied perfectly by Ryota’s mother in a phenomenal performance by Kirin Kiki which gracefully moves from funny to poignant and back again.

After the Storm is meditative but not slow, full of neatly packaged details and symbols that add a poetic kind of depth to the characters and their relationships. Offering a sweet and unsensational slice of life that doesn’t try to dress anything up or tie it with a bow, it gives us something more realistic and soulful as result.

Terrible twos. A horrible throwaway term that encompasses a great many emotional developments. A shorthand between parents maybe, but still it stands in for something individual and a lot more complex.

A couple of the most recent Machiavellian flourishes that little Jtown has mastered in the last couple of weeks:

Playing hide and seek and, because I’m a pro, he goes looking for me for a little while. I watch as he runs into the living room, peers around the usual places (like I said, professional) and then calls out “Daddy! You my best friend”. I die a little in silence, long enough though to see him turn around a look for movement before trying it in another room, bating me to react.

Or more recently, Nico was giving Jackson a time-out. Pretty upset by the ordeal he brilliantly found a way to distract her from the process and asked “You love me?” and then cuddled her when she said yes. Now maybe he was just looking for assurance while being told off, I wasn’t even there – but I can imagine his demonic smile over her shoulder as she comforts him.

Hot on the heels of Hidden Figures, the oscar-nominated film about the overlooked African-American women working at NASA in the 60s, comes this documentary, shedding more light on the inner workings of Mission Control and the crew behind the Apollo space missions.

Granted it pulls the spotlight back to the roomful of white men, but the film is quick to explain that this was simply the case back then, that progression has been made since. Courtenay McMillan and Ginger Kerrick are Flight Directors at NASA who are aware of the classic image that comes with the profession: “you know, the guy with the vest and the buzzcut”.

Mission Control is about those guys with buzzcuts, narrated by a number of the crew who were working in Mission Control over the course of many of the Apollo missions. It combines talking head interviews with special effects used to visualise the events described. There is also a great supply of archive material with some of those featured, throwing you back in time into the smokey room filled with people wearing headsets and horn-rimmed glasses, puffing on cigars and staring intensely into their monitors.

We are given a tour of the room as it was through footage filmed for television at the time, something in line with Jackie Kennedy’s tour of the White House, as we are shown the computing systems of the ‘trenches’ and the roles of each person. This is before we see the room alive with the tension of maintaining various Apollo missions and keeping astronauts alive in the face of new problems.

From the catastrophic Apollo 1 to the magnitude of Apollo 11, we experience the extreme highs and lows of the engineers responsible, whilst reliving the moment with them. They provide insight as to how things went wrong and the burden they would have to carry, as well as the stress and stench that permeated that room.

Another interesting insight behind the scenes of the space missions that carries just as much drama as the glossy blockbusters made in their name. 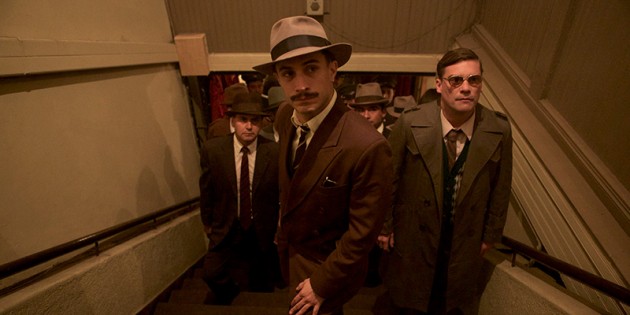