Against the Sun tells the incredible true story of three US Navy airmen who were left stranded in the South Pacific near Japanese territory during WW2. 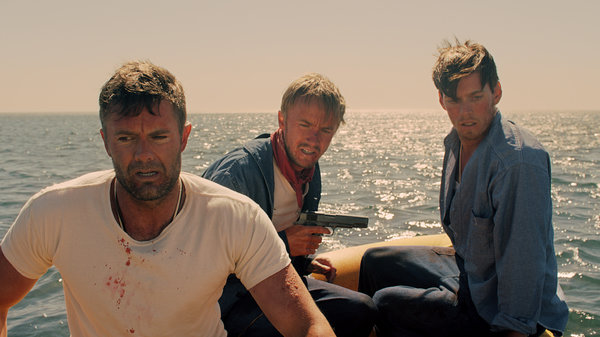 Chief Harold Dixon (Garret Dillahunt, 12 Years a Slave), bombardier Tony Pastula (Tom Felton, The Harry Potter series) and radioman Gene Aldrich (Jake Abel) find themselves low on fuel and way off course, with no other option but to crash land their torpedo bomber into the ocean. It is only once they climb inside a life raft that they meet each other properly.

The remainder of the film takes place aboard this small but formidable life boat as the three men try to stay alive long enough to make it to shore. As it turns out the nearest islands are over 1000 miles away, which means weeks of travel if they can survive the journey. All of this they must do without food or water, without maps, flares or flashlights. If that wasn’t enough the two younger lads can’t swim and the waters are shark infested. The odds are stacked against them and yet the film maintains a tone of triumph, of sheer American optimism.

Remarkably similar to Angelina Jolie’s Unbroken, the two films are different in scope and magnitude. Where Jolie’s dramatic story is on a much larger scale with glossy special effects, Against the Sun is stripped back to the bones. It is simple and unsensational by comparison – and more effective for it. But that’s not to say it’s too memorable either.

It feels as though there are countless missed opportunities to create tension but it holds its punches intentionally, even if the film suffers for it. This is a true story and measures are taken to capture the events accurately. On this small scale production the performances take focus and it is the dynamic between the minuscule cast that makes the film, but unfortunately the tone stays the same throughout – so while their story is unbelievable the film doesn’t do enough to leave a lasting impression.

So I recently watched Mark Webber’s The End Of Love, a thoughtful independent film in which Mark Webber plays Mark, a struggling actor with a two year old son who is played by Isaac Love, his own two year old son. Nepotism at it’s purest. 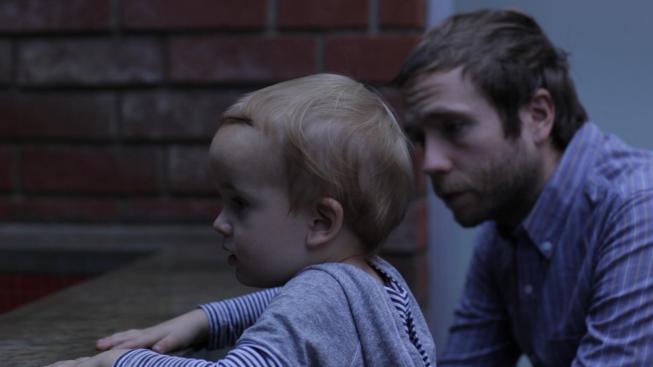 Owning a one year old person myself (or 17 month old in parentspeak) I found this film relatable: familiar whilst also providing a peak around the corner of what to expect from my boy as he grows more vocal and less chimplike (fingers crossed). I was engaged by this element of the film due to my own perspective and personal experience but also, crucially, because I usually have a hard time watching children act in films.

This has long been a problem of mine and apparently a bone of contention, for instance when I sat dry-eyed amidst a crowd of weeping girls as we watched The Boy in Striped Pajamas, I collected teary accusational glances as though I was a Nazi empathiser. Pushed to explain myself I can only say that children are lesser formed human beings. They are less practiced at living and breathing, let alone the nuances of acting. You can’t expect them to be brilliant as there is a lot to learn and unlearn, life experience plays a huge part and an understanding of cinema and the craft will effect a performance.

Okay so there are good child actors, and there have been great performances by children, but they are the exceptions and understandably so. This is what I had come to believe anyhow.

I recently reviewed Bugsy Malone, released on DVD only this year, and what struck me was how this bizarre concept, in which kids play adult gangsters of the 20s, is commenting on how the nature of acting is childish, it is just playing pretend.

Every child is an artist. The problem is how to remain an artist once we grow up

But what is easy to discern when watching this unsettling and cringeworthy piece of cinema, is the difference between the majority of children playing pretend and a prodigy such as Jodie Foster truly acting. She is unnaturally mature, having just shot Taxi Driver with Martin Scorsese this is hardly surprising. 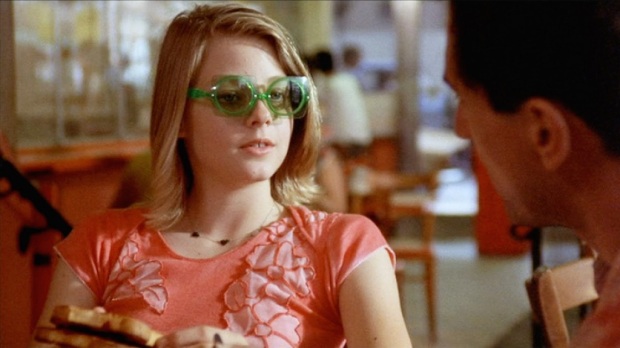 (Side note: I remember speaking to someone who worked for a talent agency which had under its employ the foremost, sought after child actor for domestic abuse adverts in the UK, supposedly, they said he was quite the precocious little prick. I love the idea that this conjures. The child more effective at evoking sympathy is valued higher and therefore becomes arrogant and unlikeable in sheer juxtaposition to his character.)

Mark Cousins, the brilliantly astute and passionate film essayist, focussed one of his features A Story of Children and Film on the power that children can command in film and the universalities of behaviour that they seem to depict in cinema around the world. A fascinating collection of beautiful and obscure films peppered with performances that in some way capture the essence of childhood. I do not deny any point made in this film. I daren’t. But once again I feel these are exceptions.

There is a certain level of self-deception when watching a film – you know the events aren’t real, that the people are just characters, and yet we allow ourselves to believe in the story. The problem with bad acting is that it calls attention to the very device that you are subconsciously trying to ignore. It brings you out of the film and makes you aware of what you are watching. It force a divide between you and the story and stops you from being able to connect. Well for me anyway. 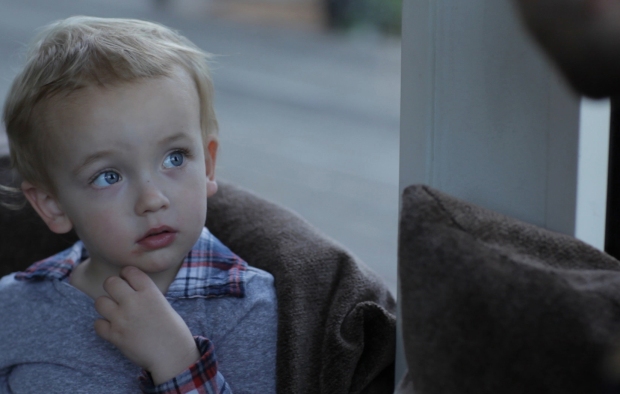 What I found so striking about The End of Love was how the young boy was, for the most part, being himself -it gave a whole different form of naturalism to the film. It was something I hadn’t seen before. It seems that only a film like this could base itself around something so uncontrolled and become so serendipitous because of it. A perfect moment comes from a stage moment of drama in which Mark’s car is towed, he explains this downheartedly to Isaac as he sneezes, interrupting his sorrow as he offers a ‘bless you’. This is all assuming that the young boy wasn’t acting, he very well could be (it is in his blood after all), or if he was CGI, or if they were putting peanut butter on the roof of his mouth like the PG Tips monkeys.