This was the morning of the solar eclipse, apparently. We were taking their word for it: the professionals. The astrologers and that new breed of scientist-celebrities – whether the fame concourse was being corrected or simply devouring every facet of culture in order to stay alive, who could say..

There were warnings of the ‘selfie phenomena’ – this being the first eclipse to occur since everyone has a mobile device appropriated for the sole use of taking self-portraits in various settings and surroundings. This, apparently, could lead to people accidentally looking at the sun for minutes. This is the level to which we have sunk as a species.

Despite all the excitement stirred up by the risk of blindness, we were left taking their word for this cosmic event when the mornings weather drifted into a dreary overcast haze. An opaque heavy fog blanketed the sky and prevented us from seeing anything, even after applying the usual Instagram filters.

An elderly woman beside me on the train looked up out the window, ‘No eclipse for us’ she says to me with a smile, ‘I remember the last one – I imagine you were very young but I remember it very well. It wasn’t so much the way it looked, but the chill that followed. How dreadfully cold it became so quickly. It made you realise you wouldn’t get far without the sun’. Humbled by her previous experience you could tell she longed to feel it again, chasing the dragon on the 08:38 Victoriabound.

She paused in thought, now with the attention of the neighbouring seats – ‘When is the next one? 2026? Hmm I’ll be very old then..’ her soliloquy trails off, bleary blighty has forced the question of morality on this poor woman – not the best start to this Friday morning.

Pop music is pretty abstract when you think about it. Working in an officespace beside a radio has forced me to think about it, and how much a value my life as a result. It gives artists poetic licence to spout absolute nonsense so long as it’s catchy. To tread the well worn path of those that came before, and to leave their mark as an empty looping jingle in your brainspace. One that makes you want to go through your eyes to scratch them out. Songs about love … that’s most of them. New love, lost love, love locked-down etc. There is something truly bizarre about pop music (how bizarre?) – something that everyone seems to buy into and chooses not to acknowledge: the clotheless emperor that appears to you in the car, in shopping centres and in the background of adverts; every time you look around he’s dancing there with his bare naked body right in your face. At first it was my patience being tested now I fear it’s my sanity.

As a genre the defining feature is popularity. So really it shouldn’t be a particular style but an evershifting trend. It becomes somewhat paradoxical to consider how a pop band would start out, or how a pop song is released. How do you predict popularity? It seems many a boardroom has been filled with executives working out how to capitalise on the interests of the public; how to turn an artform into a cashcow – like a team of robots trying to work out the allure of a flower for the sole purpose of catching bees. END_OF_DOCUMENT_TOKEN_TO_BE_REPLACED

I sit nervously waiting with three other journalists in a suite of the Soho Hotel. Having just seen a preview of How to Train Your Dragon 2 we await writer/ director Dean Deblois for a roundtable interview. This is immediately before an interview with Cressida Cowell, the author of the series of books from which the films were inspired. We make some stilted conversation when I learn that these professional writers are all in fact parents. I was not a parent at this particular juncture and so felt that they already had a deeper connection with the film, this along with the publications they represent: one writes for a literary magazine aimed at young and aspiring authors, one an esteemed nature magazine, and the other writes about families… or something. My focus is elsewhere at this point as I can’t shake the feeling that I don’t belong here. I seem to echo their own bafflement when I tell them I’m writing for the RAF… “I guess they like things that fly”. 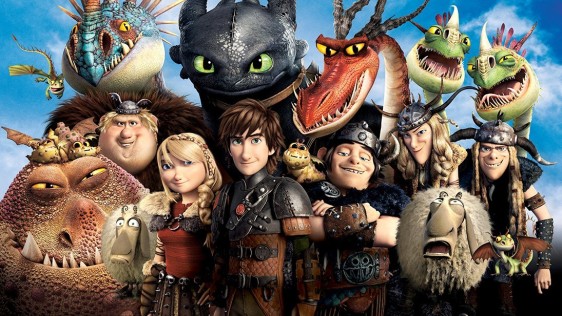 Look how happy everyone is…

How to Train Your Dragon, I realise whilst watching the night before the event, has a strong anti-war message. Not only that, it uses planelike symbols as the threat – spraying fire onto the village where civilians live. Maybe the anxiety is kicking in but the message is definitely there. I admire the film for this reason though I could do without this feeling, knowing that I am attending this event as the villain. END_OF_DOCUMENT_TOKEN_TO_BE_REPLACED