Styx follows German first responder Rike as she embarks on a solo sailing trip from Gibraltar to a remote island in the tropical mid-Atlantic, looking for an escape into a paradise of wild untouched nature. During the voyage however she makes a discovery that plunges her deep into a moral dilemma. 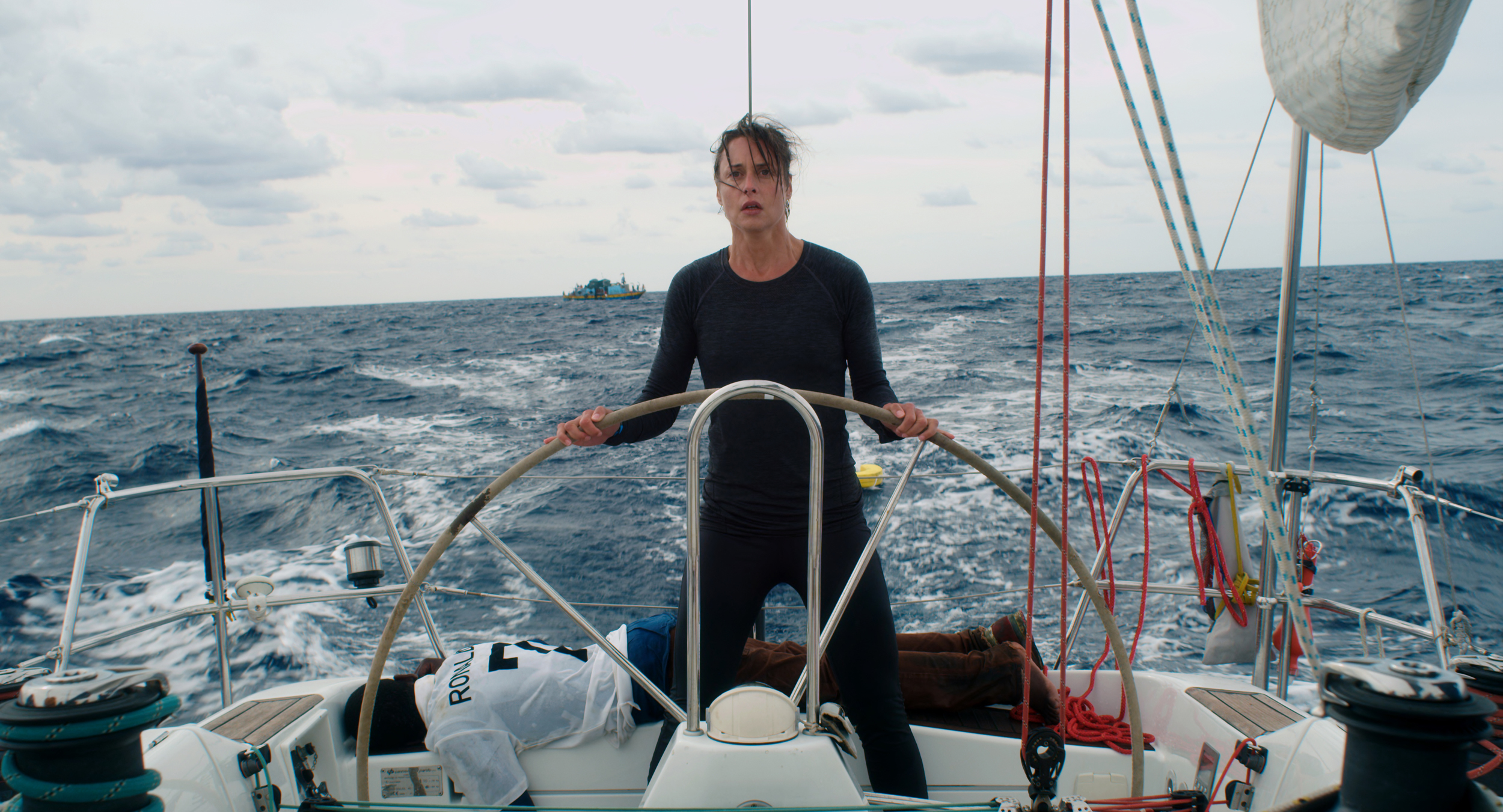 The first half of the film is masterful, with an almost dialogue-free series of scenes that demonstrate Rike’s proficiency on her small yacht, the Asa Grey. A fleeting prologue already having shown her competence treating someone under pressure, and then faced with navigating through a storm, she is shown to be extraordinarily capable.

Sure to collect comparisons to All is Lost with Robert Redford, but where that was concerned solely about self and survival, Styx is able to tackle questions of morality that have a resonant sting. It is when Rike nears Cape Verde that she spots a large trawler ship that doesn’t appear to be moving or communicating through it’s radio. It becomes clear that there are many people on this boat, refugees, in desperate need of help.

The film is very clever in the way that it aligns you with this one extremely competent and compassionate character, crystallising the heroic human instinct. This is played in contrast to the largely faceless authorities, the coastguard to whom Rike persistently leaves distress calls and demands attention.

Suzanne Wolff plays a pivotal role as Rike and gives her a raw authenticity, from her fighting instinct to her helplessness, evidently she is not superhuman. On screen for the duration of the film, she anchors questions of morality, having to decide whether to follow seemingly immoral instruction or risk her own safety.

Styx is a lean, stripped back thriller that relies on camerawork and performance over special effects, and yet it manages to craft an involving social commentary whilst looking and feeling completely realistic.