Written for FilmAndTVNow April 2017 (Available here without the analysis)

Raw is a brilliantly twisted coming of age story. A deeply unsettling horror loaded with a sly, knowing humour. The less you know going in, the more you will benefit from the story as it is fed to you, morsel by morsel, in its beautifully measured and withholding style. 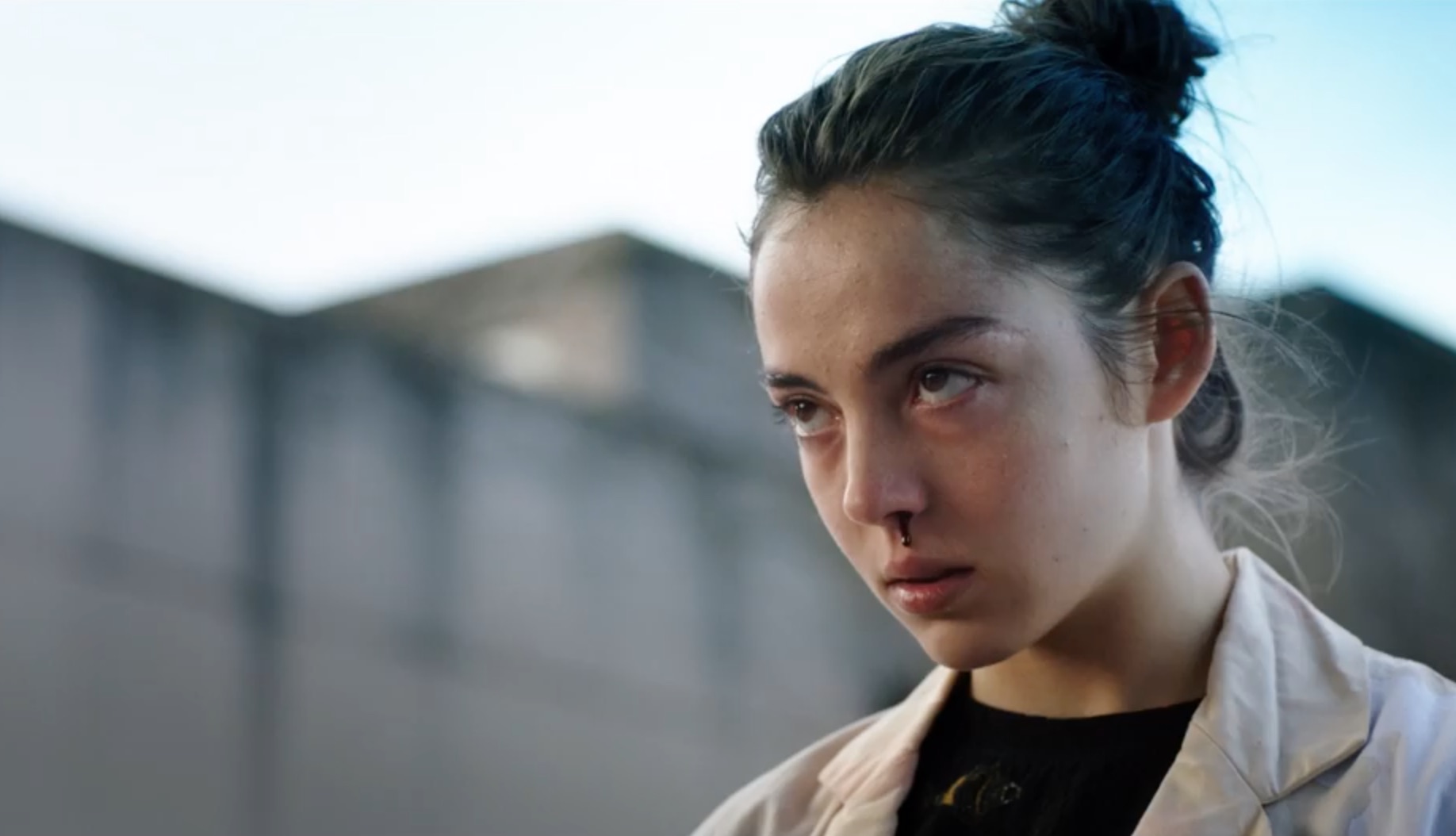 The one thing you should know up front is that you will be tested, made to wince and squirm in your seat, depending on your constitution or sense of schadenfreude. So please do see this film, preferably at a packed cinema, where you can’t escape the screen or the reactions of others. Once you’ve done that, come and read the rest of this review which will tread carefully through the plot before ripping through spoilers into some speculative analysis. Agreed? Okay, see you soon.

Justine is a vegetarian, and a careful one at that. She argues with other veterinary students about the fine line between animals and humans. But the riotous sex and drug-fuelled freshers during ‘rush week’ are too deep in the debauchery to care, and it seems her sensitive side alienates others just as much as her teacher’s-pet keenness to study. One of the staff recommends that Justine find a quiet corner somewhere and wait the week out. Early on an ‘elder’ hits her books to the ground and tells her to get changed before walking to class, the theme being ‘nightclub’. But Justine doesn’t own anything suitable and so she looks to her older sister, an elder herself, for something more appropriate: a blue dress, which she hangs awkwardly over her body, stumbling down the halls in heels like Bambi on ice. This will change.

What begins as a fish out of water story, with an innocent uncorrupt girl at the heart, warps into something much stranger. It seems that the hazing rituals are having an effect on Justine, or at least when she is forced to eat a raw rabbit liver it awakens the hedonistic pleasures within, including a taste for meat. The blue dress eventually replaces her lab coat as she unleashes this new side of her personality, but still she alienates others because of how far she will take it.

It’s the obscured reality of this world that keeps you from knowing what exactly is possible and how far is too far. The anticipation works to build horror but also comedy, a nervous release maybe, but it is undeniably funny. Raw mines the natural repulsion we feel towards certain images and ideas, the abject and taboo. And yet it isn’t schlocky in the way you might expect, it isn’t typical exploitation. There are moments reminiscent of some contemporaries that have paid homage to the genre, whether played straight or through pastiche, as in Black Swan and The Neon Demon. What unites all of these films though is that they exclude the outside world and in doing so make the stakes unknowable.

The score works perfectly to underline moments of horror. The camera calmly witnessing atrocities in long takes, disturbed only by a sudden punch of electro-synth or maybe some jarring diegetic sound, like the horn of a recently crashed car. Through all the camera remains trained on the subject, closing in even, it is you who must look away and you might just have to.

Even without prior knowledge of the people that passed out at the premiere in Toronto, or hearing that sick-bags were handed out before some select shows, Raw drips with an ominous foreboding tone, so that when it starts to go off the rails you know it can only get worse. That’s part of what makes the film so exciting.

Most films that delight in discomfort seem to be doing so for that reason alone, but I don’t think it would be a push to say that Raw has a message in there. Where the Saw and Final Destination films try to have fun with gore and tension in their Rube Goldberg machines of death, Raw is a lot more mature – it is presented more seriously, though certainly with tongue in cheek. Where The Human Centipede (First Sequence) is well put together and the shock reception served to heighten the suspense within the film, it seemed it’s only message was a retelling of the archetypal mad scientist.

Although writer-director Julia Ducournau would vehemently disagree, I think Raw gives us a political message about eating meat. Justine is a vegetarian in her first week of an elite veterinary school where every other character attends or has attended at some point, including her parents. I think then it would be fair to say that training vets are expected to have a certain compassion towards animals, an opinion only voiced by Justine early in the film. To the others she seems insane, or worse, boring. Clearly everyone here eats meat and no-one appears to acknowledge the hypocrisy.

Quickly though she takes their side when after eating the raw rabbit liver she becomes meat-crazed and obsessed. Her primal desire to pocket greasy beef burgers, or bite at raw chicken breasts go past the level of acceptance, and point to a bizarre fixation that is held by most of society. As Justine’s appetite grows and she finds herself lusting after human flesh and we see the natural progression to cannibalism. It’s interesting how the camera which so often objectifies bodies sexually, is dialled up here and given another dimension, watching the muscular physique of her roommate as he plays football, we take on Justine’s perspective.

By having the lead character’s ideology change from one extreme to the other, it shows how arbitrary the sanctioned middle-ground is. In becoming a meat-eater, she becomes so detached from the sensitivity to animals that she once professed, that she is able to laugh off the death of her own dog. It is as though the film presents an argument for one side of the argument by showing the gross extremity of the other.

Regardless of intention, Raw leaves a lasting impression – it possesses great storytelling maturity, layering profound thought with morbid curiosity, leaving you with plenty to chew on.