Science and scientific values have long been denounced in cinema, shown to be a product of an egocentric personality that is somehow less human than others. In the last decade there has been an ongoing trend that is fighting against this representation – beginning to subvert stereotyped characters and narratives that promote the alienation of science. Although this light-spirited backlash has experienced an increasing popularity, there still remains in Hollywood the stereotyping and vilification of the scientific mind. A Dangerous Method and Hysteria, both released this year, appear to demonstrate a subtle undermining of scientific values that harks back to the classical opposition in Hollywood. 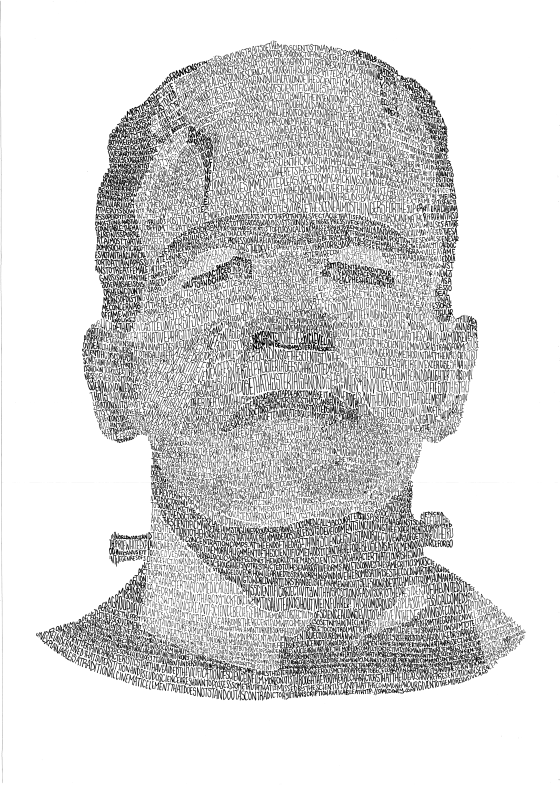 Scientific values can be reduced to such notions as rationalism and objectivity with the intention of discovering and exploring facts about our lives and the universe that they reside within. This objectivity has been projected through cold and socially detached characters of narrative cinema, grossly exaggerating the empirical mind and often opposing the traditional hero of cinema’s narrative – broadly speaking, forming the archetype of the mad scientist. Whilst this character remains ubiquitous in contemporary cinema, these two recent films focus on actual scientists/doctors and the historically significant advancements in their particular fields. They do however employ certain traits of the mad scientist in their protagonists; or indeed allow the peripheral characters of the narrative to undercut the importance of rationality.

A Dangerous Method explores the development of psychotherapy by pioneers Carl Jung and Sigmund Freud as they work with patient Sabina Spielrein and uncover what lies beneath her initial diagnosis of hysteria. The film is aligned primarily with Jung as his personal life and eventual sexual relationship with Spielrein are explored. He is shown to be interested in spiritualism and the occult – an exception to the strictly scientific mind that may allow the viewer to empathise with his position as protagonist – whereas Freud adopts a strict rationalism, and by proxy inherits the stigma attached to the mundane scientist.

One scene in particular illustrates the division of minds as Jung derives immediate pleasure from a cracking sound heard within Freud’s office that he puts down to “an example of a so-called catalytic exteriorisation phenomenon”. Ever the rationalist, Freud dismisses the theory as superstition – only to have the event repeat as predicted by Jung. The frustration within Freud is balanced by the extreme satisfaction of Jung and though Freud’s position is the more rational and completely viable, the scene almost hungers for the supernatural, the unaccountable – the magic of film. The rationality of Freud almost eats into the potential spectacle that is facilitated by cinema.

The affair with Spielrein is spurred on by yet another psychoanalyst, Otto Gross, who insists Jung is being repressive of his own healthy sexual impulses: a threat, almost, that he himself possess an illness – just as the mad scientist of classical cinema is shown to be mentally and/or physically damaged. The sadomasochistic relationship that follows resonates with a certain hypocrisy as he is convinced to depart from his moral position. The sexual scenes are shot with a clinical distance – at once reminding of the professional relationship that is being betrayed but also the inability of the analytical doctor to attain a passionate connection.

The opening of the film serves to reinstate the rationality of the protagonist, Joseph, as he is discharged from a hospital for believing in germ theory and trying to treat patients accordingly. Upon searching for a new job he encounters a young woman who practices in phrenology – the reading of the measurements and contours of the human head as a means of distinguishing personality and character. Whilst Joseph’s reliable rationalism surfaces once again, as he expresses some concern about the reliability of this practice, she asserts that from the feel of his scalp he shall go on to achieve a great deal of fame. With the knowledge of Granville’s eventual reputation, this pseudoscientific assertion serves to undermine the rational – and like Jung’s “catalytic exteriorisation phenomenon” urges the viewer to acknowledge the unaccountable.

Professor of Public Health at Newcastle University, Martin White, comments that pseudoscience continues to lead a thriving industry, particularly within the scope of alternative practitioners and homeopathy; and although it stems from corporate profiteering and is often politically motivated, it fills a gap for people. “Humans have an innate desire to understand, to know, to have answers to the numerous unknowns in our lives”; he explains, “Modern medicine cannot provide all the answers.” It is this allure that makes the fantastical notions within cinema so appealing – even in the case of films such as these, which aim to revel in scientific discovery and development. The doctor/scientist never amounts to the heroic level, unless it is in spite of the scientific mind or is transformed to be something more fantastical itself – Dr. Dolittle for example.

The grand notion behind Hysteria also resonates with A Dangerous Method in that the non-scientist is shown to possess the same rationality, or even exceed the understanding, of the scientist. In the latter, the case study Spielrein exercises an awareness of her position and eventually becomes a physician herself. Hysteria sees Charlotte Dalrymple, sister to Joseph’s wife and daughter to his employer, acknowledge the truth of germ theory and also propose that hysteria is a non-disease. When Granville eventually testifies to this truth, it is through a painful struggle with her idea, though his announcement appears to make it a concept of his own.

The adversity that seems to accompany rationality, and the inability of doctors to be compassionate, are characteristics that can be directly rooted in the stereotyped villain of the mad scientist. There has been an array of iconic mad scientists, or evil doctors, that have demonstrated similar characteristics that cast science in a negative light – their names even constructed to reveal an embedded mistrust of science – with an often inflated self-importance that borders on god-complex.

The mad scientist is a villain that has prevailed in all kinds of media. The iconic Dr. Frankenstein from Mary Shelley’s novel has been re-imagined constantly in cinema – though the concept of a deranged, reclusive scientist toying with human life is an idea that is itself ubiquitous within the filmic representations of science. The original title Frankenstein; or, The Modern Prometheus alludes to the Titan of Greek Mythology who was the champion of mankind: a distorted parallel that can be seen in the Baron Frankenstein’s God complex. A psychological progression from the social outcast toward the more destructive misanthrope, the doctor creates ‘man’ – significantly compared to Adam. The often-misattributed identity of Frankenstein to the monster of his creation is one that is fitting – the true figure of monstrosity being the inhumane scientist.

The misanthropic nature of the mad scientist has seen a recent magnification in Tom Six’ The Human Centipede. Dr. Josef Heiter crosses the line from villain to monster as he constructs a human centipede by way of sewing together three human subjects mouth-to-anus. Whilst the German doctor’s God complex is nonetheless apparent in his objective of creation, his psychology and the actual scientific practice are purposefully aligned with a psychopathic Fascism. The name Josef Heiter provides an amalgamation of the Nazi doctors Fetter, Richter and Josef Mengele, who are infamous for their experiments on the patients of Auschwitz. In keeping with this comparison, Dr. Heiter’s jacket is part of a genuine Nazi doctor uniform, and the soundtrack for the experimentation scenes is a distorted classical music – intended to sound like the music that was played throughout the concentration camps. Though the villainous quality of the doctor is explained through this fascist mentality, the horror is nonetheless associated with science and the scientific mind – the film’s tagline proudly reading “100% medically accurate”. It is the position against science that brings attention to the horrific acts that have been made possible by its developments, including the experiments conducted in World War II and the design of concentration camps.

“At the end of the day, I think, science is just an objective way of getting to the truth”, Prof. White explains when asked about the moral alignment of the scientific method, “It can, therefore be used as a tremendous force for good – we can use it to save lives or with global policy and feeding the world”. The mad scientist is a character that flourishes within the genres of science fiction and horror, although he is not restricted to these narrative forms – able to convey the same criticism of science even through comedy. Dr.Strangelove or: How I Learned to Stop Worrying and Love the Bomb satirises the Cold War through depicting an increasingly farcical beginning to World War III.

Dr. Strangelove, a name which itself shows detachment from human affection, is a character that comedically aligns his scientific objectivity with his position of advisor to the president of the United States of America – a body tick forcing him to salute and shout ‘Mein Fuhrer!’ This humorous display of physical comedy once again resonates with the sincere anti-science beliefs: that the moral objectivity of science allows evil to thrive in the designing of concentration camps or indeed, the development of the nuclear bomb.

The recent film Watchmen is also set within the climate of the Cold War – adapted from the graphic novel; it follows a group of vigilantes who have on their side Dr. Manhattan: a man turned superhero who is able to control matter at a subatomic level. This power allows him to teleport and experience the past, present and future simultaneously – an omnipresent and omnipotent blue coloured man who is appropriately referred to as a god. Like Dr. Strangelove he works with the U.S government, posing a threat to the Soviet Union enemy and advancing the fields of science and technology. The government names him after the Manhattan Project, which significantly saw the development of the first atomic bomb – personifying the evil science that both develops and enables nuclear warfare. The model of complete objectivity, Dr. Manhattan resembles the scientific mind to the point of wearing a Hydrogen atom symbol on his forehead. His unquestioned, or even affirmed, status of a god is demonstrative of an inflated ego that has become synonymous with the scientist in film.

The objective and immoral scientist is shown to be capable of heinous criminality and yet incapable of attaining compassion – he is ironically revealed to be, in some way, against nature. Prof. White comments on the subject of science being misconstrued as something unnatural, highlighting this irony: “I think, certainly the majority of scientists I know who are working, in what we would call the natural sciences, traditionally everything they do is about understanding nature. Whether it’s particle physics or cell biology, it’s all about understanding things as they are.”

Whilst Hysteria and A Dangerous Method appear to be celebrating rationality and the scientific mind, they continue to implement certain characteristics that have aided the vilification of science in film. More on, it is through the peripheral characters that the ideals and representation of science are undermined – that superstition and pseudoscience are shown to possess some truth that is missed by the scientist. And that the common favour given to the more elusive an unexplainable is a traditional cinematic element that does not stand out as contradictory.